Last week the Barclaycard Presents: British Summer Time Festival happened in Hyde Park, here in London and I was there!!

It was a great festival, which combined many attractions, good food and awesome music throughout the typical London summer week, with bands such as The Who, Bon Jovi, Black Sabbath, and pop singers, such as Ellie Goulding and Kylie Minogue and many more! 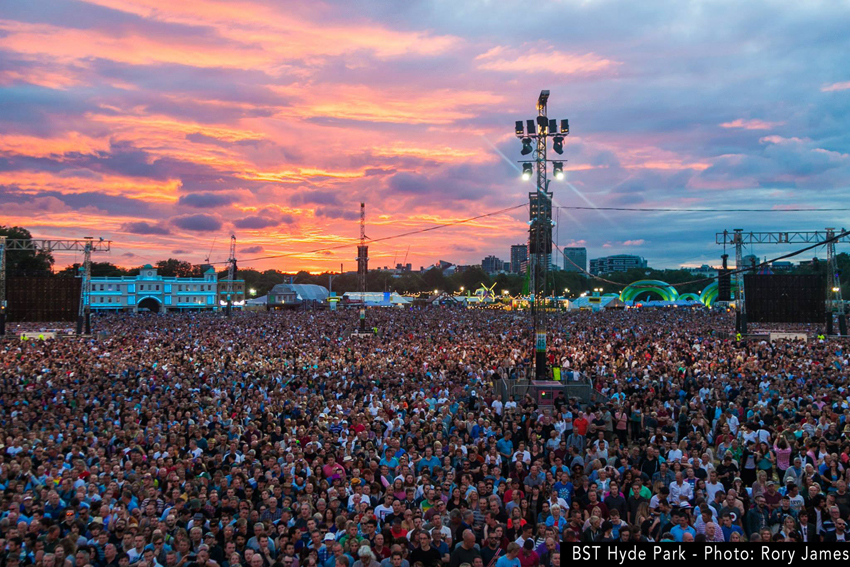 I went on Saturday the 27th, to see the amazing (and one of my favourite artists) Taylor Swift perform! There was a crowd of over 65,000 people, and I was able to drag my loving husband with me, to carry me on his back, while I tried to catch glimpses of her on stage. The park was packed of people from all generations! There were young girls with ‘Taylor Swift’ written all over them and dressed in costumes from her music videos. But the trendiest fashion style during the event was the boho style! Many girls decided on denim shorts and a light cotton top for the hot summer evening, pairing the outfit with wedges or flats and accessorizing with a pair of cool sunglasses, flowers on their hair, many necklaces and some even with temporary golden tattoos! 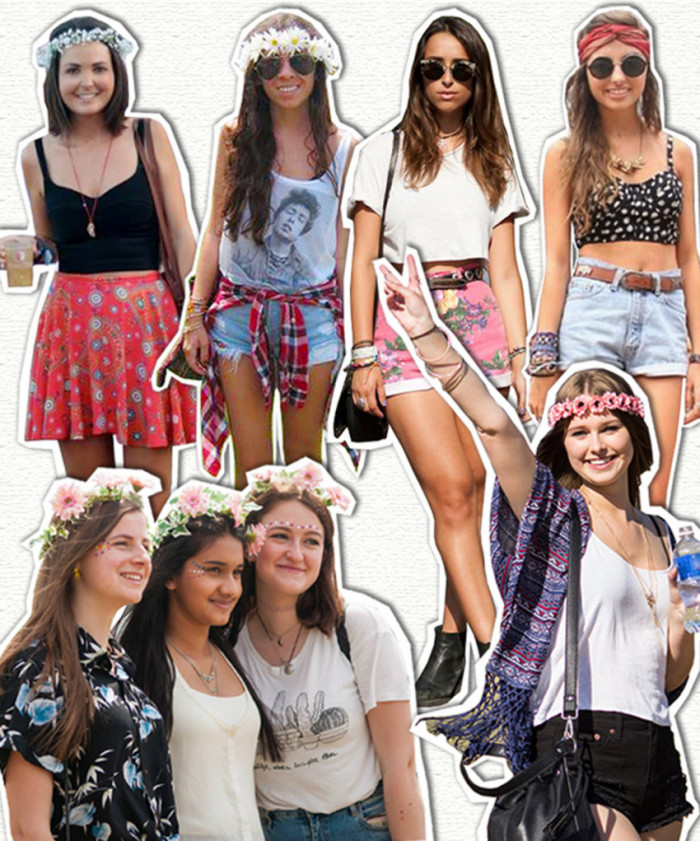 The American pop star is on tour for her 1989 album, and she performed her greatest hits, from country-tunes, such as ‘Love Story’ from her Fearless album back in 2008 (where I had my husband sing and dance the entire chorus with me) to ‘I Knew You Were Trouble’ from the Red album in 2012, to the current hits ‘Bad Blood’ and one of my favourite songs ‘I Know Places’ from the 1989 album, where everyone was singing along to every single lyric! 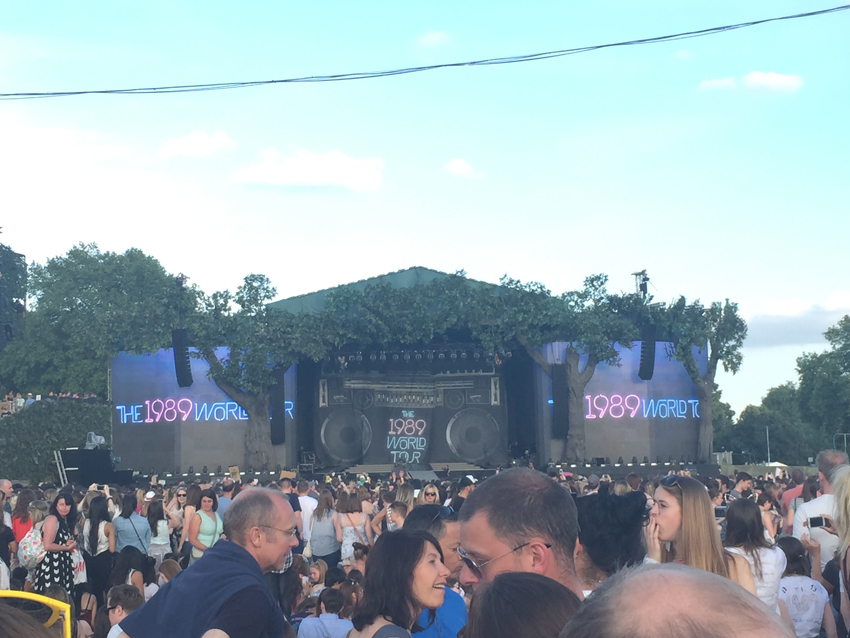 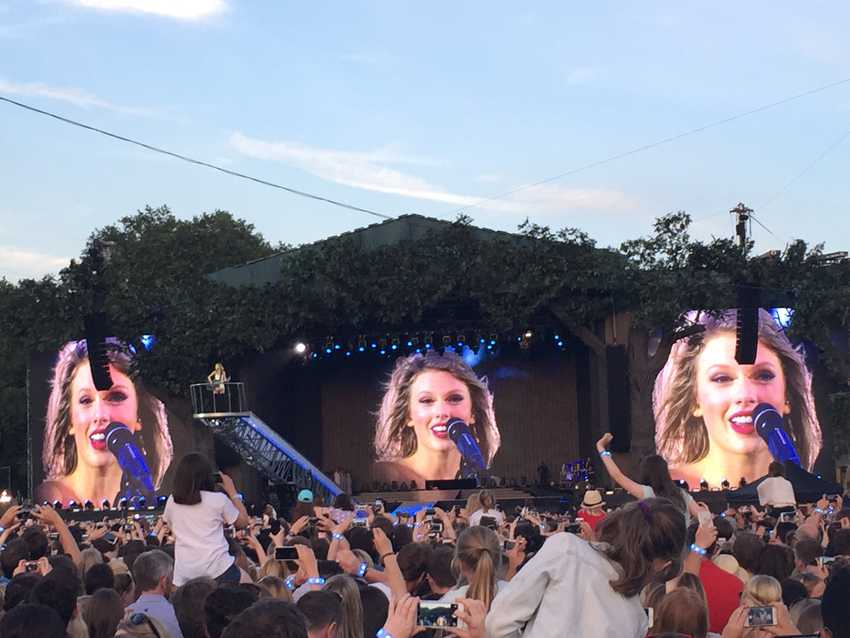 It was amazing when Taylor Swift started surprising us, from her super glittery amazing costumes, to the heart-to-hearts she had about love and heartbreaks, and the importance of self-love and real friendships. 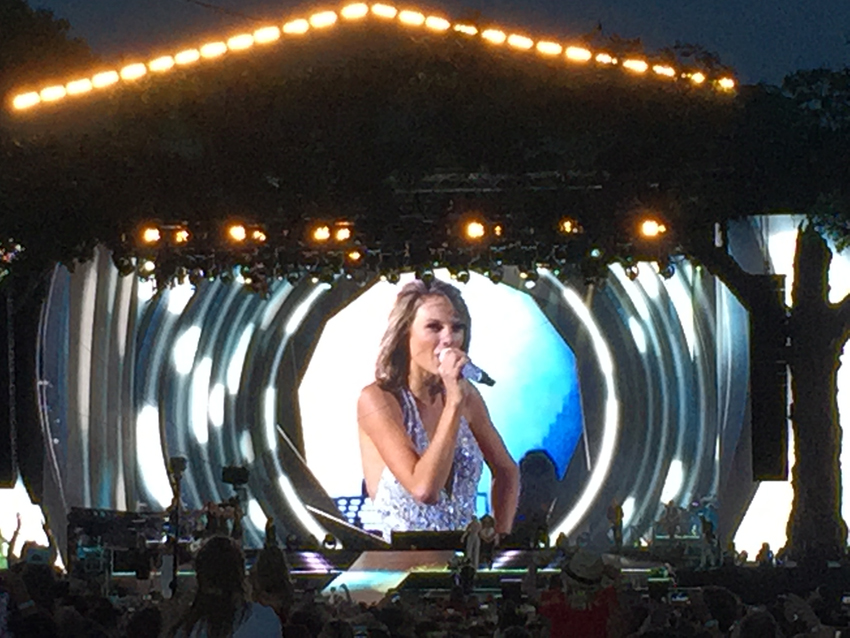 I got so excited when Selena Gomez, Cara Delevigne, Lena Dunham, Karlie Kloss, Haim and other of Taylor’s close (super-famous) friends appeared giving testimonials on the big screens, since I’m such a huge fan of many of these other artists (who doesn’t like Selena?) I even had my husband put me over his head, so I could take panoramic pictures of the stage, and of Taylor’s famous cats, Olivia and Meredith, who also had some screen-time! 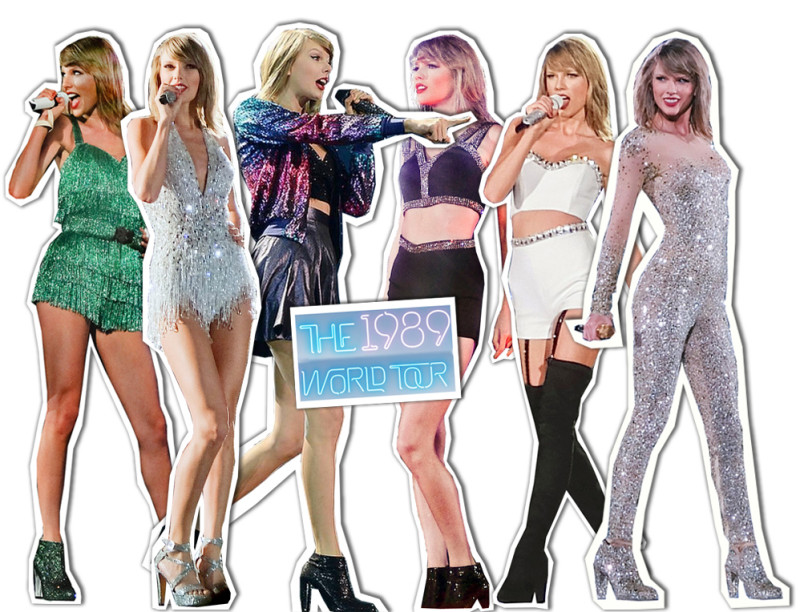 The biggest surprise of the night, though, was when the pop star welcomed to the stage supermodel friends, Kendall Jenner, Cara Delevigne, Gigi Hadid, Karlie Kloss, Martha Hunt and tennis-player, Serena Williams, before she broke into the famous verses of ‘Style’, from the 1989 album. The crowd was amazed that all these beautiful girls, who are role models to many young girls, were on stage right in front of them! I have to admit that I freaked out a little bit too! (Kendall and Gigi are just so gorgeous!) 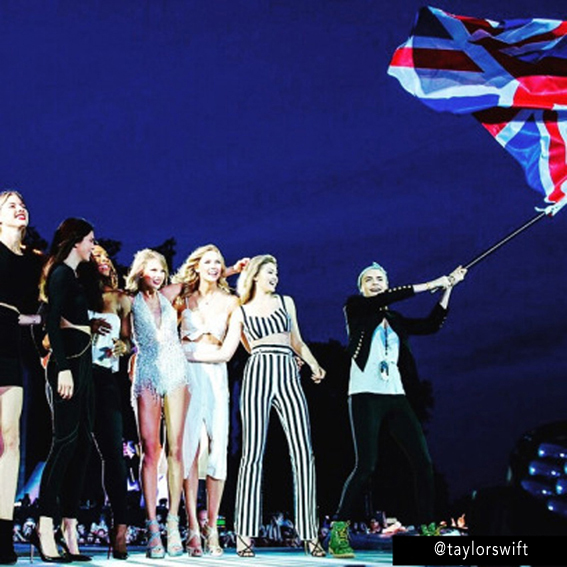 By the end of the concert, the park was lit up by thousands of cellphones and colourful led wristbands. The upbeat vibes of ‘Shake It Off’ closed up the amazing evening, with Taylor showing her dance moves in one of her many beautiful costumes and fireworks from behind the enormous stage. It was such an incredible night, with such great energy and everyone singing at the top of their lungs (and until this day I hear my husband humming along to ‘band-aids don’t fix bullet holes’ around the house)! 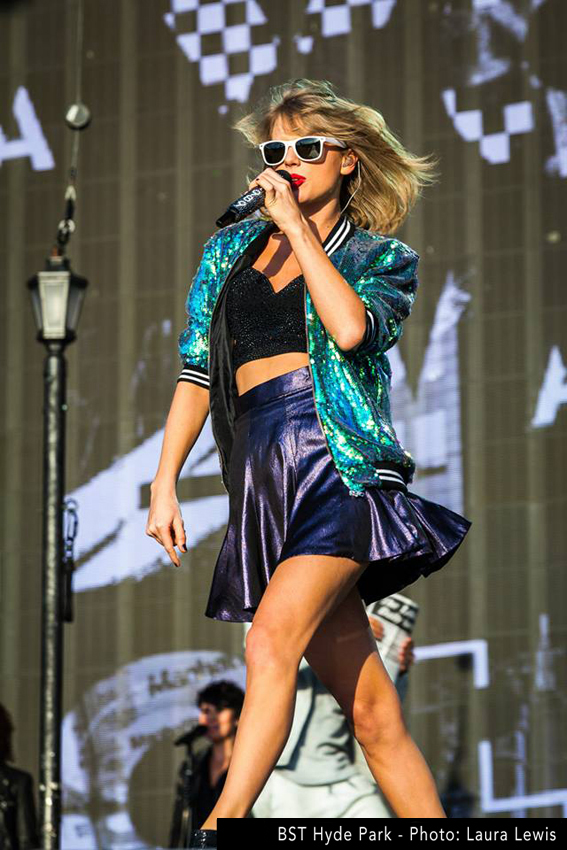 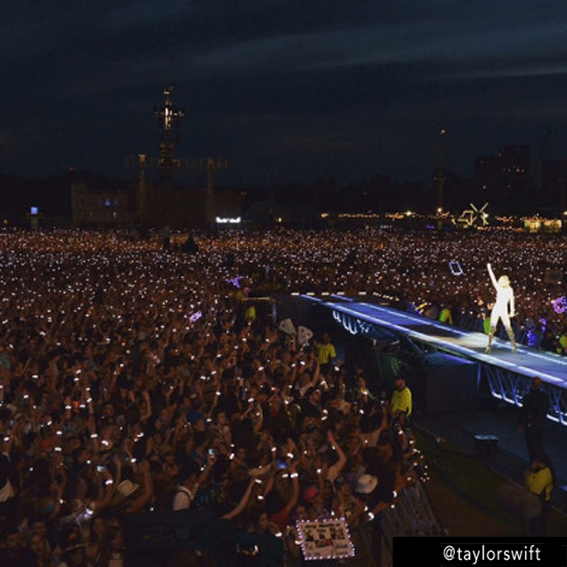